COVID-19: Information for students, employees and visitors can be found on our COVID-19 website.
Mathematics Menu 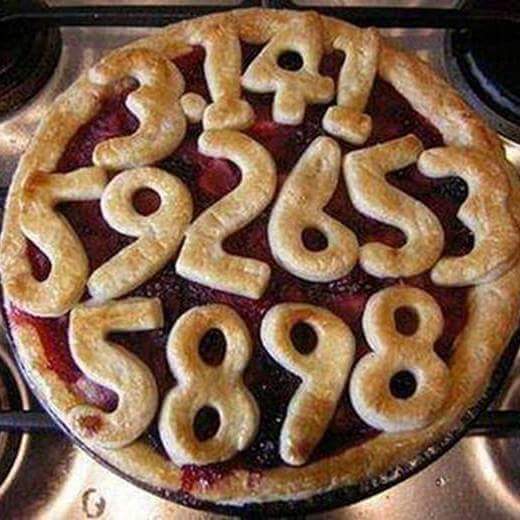 It’s the only holiday to honor a number: Pi Day, on 3-14, the beginning digits of the infinite, non-repeating decimal expansion of pi = 3.1415926…  This important number is the ratio of a circle’s circumference to its diameter, but pi is also irrational and transcendental — and humans have known about it for thousands of years.  So, join the Jackson College Mathematics & Engineering Department in our celebration of an incredible number, symbol, and concept!

In 2019, sadly, Jackson College will be on Spring Break during the official Pi Day, but we’ve decided to host events in February to anticipate and celebrate the day!

Come and learn, or compete to show what you already know, about the fabulous number, pi.  This fun competition is open to all, and the showing of The Martian will immediately follow.  Fabulous prizes for the winners, as well as free popcorn, lemonade, and (of course) pie for all!

The 2016 Golden Globe-winning movie about astronaut Mark Watney (Matt Damon), presumed dead and left behind on Mars after a fierce storm.  With only minimal supplies, but an amazing head for mathematics and science, the stranded visitor must utilize his wits and summon his spirit to survive on the hostile planet.  Meanwhile, as a team of international scientists work tirelessly to bring him home, his crew mates hatch their own plan for a daring rescue mission…

Come check out this movie and learn about how mathematics plays an important role in this exciting human endeavor.  Free popcorn, lemonade, and (of course) pie will be served!

Here’s your first chance to win a prize!

There’s been a Lemony-Snicket-style “Unfortunate Series of Events” with the logo for our Pi Day T-Shirt and Poster!  Take a look at this: So, if you can find the problem, clearly identify the problem, and solve it with some creative ingenuity, you can win a prize!